Everyday the world keeps turning, and the sun rises rides through the fire endlessly trying to catch the moon. In ancient times, there were countless stories and legends that began to explain the relationship between the sun and the moon. Were they lovers separated by some dismal force, hell bent on keep them apart for its own self greed and accord? They were often attributed with the female being the moon and the sun being the male figure in these legends. Yet what made these stories so memorable was the fact that they connected to our own mortal lives and our human relationships. To see that the otherworldly were in fact struggling with these social problems that existed within ourselves and our communities.

Perception is perhaps the greatest danger to any of our lasting connections and the lives that can be created from them. We see our human race and communities in two shades of colors, two halves of the same coin and two opposite but balanced force of nature. The duality between good and evil, the bond between man and woman, and distance between earth and sky. That is our perception, and the perception of subsequent generations as they have been taught and shown. If we clear out everything, there will be one thing left in the bottom of the knowledge well, which is fear. One of the greatest thing to exist in our world is the bond of love. For there is really no rational explanation but it mere is because we are. Life is forever connected with the essence of love in the universe. And in that love is a deep connection. Like anything in this world, everything is interconnected, literally, because we are all made of the same atoms and are all filled with the same kind of electrical charges keep our flesh and able bodies to live.

I want what everyone in the world wants, to feel, to be connected to those in life who we find have the best input to our output. When you are talking in layman’s terms, we can easily say that all life is equal, there is none greater nor none lesser. But as human beings, and those who are alive, we perceive ourselves as special, having walked away from the communal “we”, into the fields of the dominant “I”.

We live in a society where we all seek balance, yet astrain from it like it’s a plague, because balance does not bring comfort. And we live in this day and age in the lifestyle of comfort, and yearn for its embrace. Society talks and preaches how it takes a man and a woman to start a balance life, but look at all the lies and selfishness that leads to divorce and the continuation of kids beginning life in single family homes. We are individuals that crave and want things that we do not necessarily need, we are individuals who crave satisfaction wherever we can find it. Of course not everyone stays in that state of mind, many move on. But too many simply fall victim to that state of mind and are stuck in a society that preaches such incoherent mess as social norms.

I, like many, live in a community of my own ethnicity. In that community you are spoon fed an incoherent culture you are suppose to inherit and force fed the generational dogmas of false and one sided perceptions. It is perfectly safe to say that my culture was a male dominant way of life for many generations. We come from a culture where there are good people and bad people. In the past rich people were called good and poor people were called bad, a social dividend that still exist today.

To achieve success, and be monetarily well supported seems to be a dream of our parents. They want us to find people with “good” family backgrounds and a higher social standing. All these problems that exist solely because of the way of thinking that remains imprinted in the minds of the previous generation. In this generation, we have indeed moved from thinking about everyone to be more focused on the individual self. For we have come to see ourselves as individuals on a journey of discovery and learning. To live life you must keep moving forward. Its not that we are selfish, the problem comes from the fact that we are simply unsure. For, if you began your life and lived accordingly to a set of belief that others surround you with and suddenly woke up to seeing things clearly, you begin to have questions. Instead of outright denial, this younger generation decided to take a step back and examine in unholy commodity. 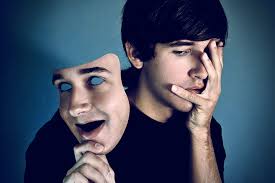 I have seen individuals unsure of who they are, wearing masks to be normal. I have friends who went about living their childhood, trying to be a good little boy and good little girl only to find themselves becoming attracted to the opposite sex. There were so much denial in their eyes, and so much sadness in their eyes. Sure they were more feminine than other boys, and they spoke in a softer tone. They hung out and became friends quickly with all the girls. There is no other reason for this other than it was because they were able to be comfortable in those social circles. There seems to be unwritten rules to being a boy or a girl, and no one seemingly wants to cross the divide for fear of ridicule and being cast aside by a group of their peers or even worse, their friends. Today these individuals possess great confident and have gone to live healthy happy lives. Here is the simple truth, its not that they became happier and a better person because they’ve learned to accept their sexuality. I see it as, they have found their confidence. The confidence to accept and love their own selves and through that meet and find people who are able to see that. And that is a beautiful thing.

Life itself is a beautiful little concoction mystery and wonder. Fear of a different idea and existence should not hinder the growth and development of life. We all fear what we don’t understand, and are uncomfortable with things that exist outside of our comfortableness, that’s perfectly fine, but that should not be used as an excuse to kill, protest and make the lives of others a living hell. I am a straight Asian man in this society, and I think the love that is growing between all individuals should not be labeled, Gay, Straight, Lesbian, Transgender, or bisexual.

We all exist as individuals living life together on a floating rock suspended in a sunbeam, lost in a galaxy that is apart in a seemingly endless universe. Because in the end, all we really have are each other.

Txoov Yaj: Residing along the shores of roads and rivers, basking beneath the shade of the quivering trees, soaking the warm light of the sun. I am.