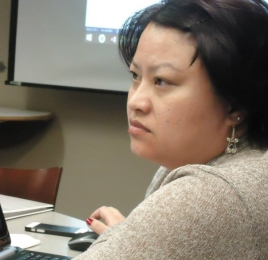 In 2014, I was asked to be the keynote speaker to open for a conference led by and for Hmong youth.  The theme was “Beyond the Horizon.” As I thought about what I would say to them to inspire them that day and going forward, I had to bring myself back to their age, when I was a teenager twenty years ago. I was a Hmong daughter. My dad was a shaman, bounded to tradition.  My mom was the good Hmong wife, nurturing and devoted. I had two older brothers and a younger, American-born brother.  I lived in Frogtown among friends and enemies; friends encouraged me to explore who I wanted to be and enemies told me who I would become.  I was a Hmong girl trapped in an American woman’s body.

My parents inevitably struggled with parenting a Hmong girl in America.  While they expected me to learn the cooking and cleaning skills and timid behavior of what a good Hmong nyab would be, they also encouraged me to excel in school; even if it meant staying after school and attending social events I helped organize. However, there were certain things I was still not allowed to do such as going to the mall with friends or being alone with a boy. Yet, my dreams kept growing and I wanted more and more for myself. The biggest conflict that happened between us was their disapproval of my leaving home for college. They truly believed living on my own would ruin my reputation and increase my risk of getting married.  I compromised and got married less than two months before graduation.

I started college on my own, but also as a wife and daughter-in-law.  It was then that I really learned the delicate yet brutal distinction between being a “good Hmong woman” and an “independent young American woman.”  I went back and forth between two lives, one as a dutiful daughter-in-law spending weekends cooking and cleaning at family events (even when my husband did not attend) and the other during the week as a college student and part-time secretary in corporate America.  This type of cultural divide dominated my life for the next decade. I ended up setting goals that were more practical because I felt defeated and had lost the belief that I could chase dreams.

As time went on, I reached a goal and then I would set a new goal. I kept expanding my horizon, each time a little further.  My ambition re-emerged as I started to reconnect to who I was and the dreams my parents allowed me to explore but not pursue. I also became more comfortable being a Hmong American and aligned my two lives into one. Only then did I truly feel I was on my own, living by my expectations and beliefs. My message to these young folks was that horizons guide us; when we think we’ve gotten there, there’s a new horizon ahead. I encouraged them to view horizons as drawing us closer to our next goal and to who we really are and to always keep striving “beyond the horizon.” 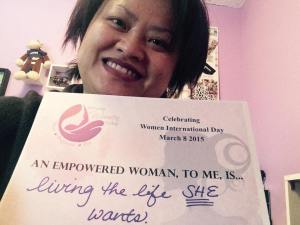 Shortly after this speech, my marriage of 18 years came to an end. He left and I wouldn’t let him back when he had no where else to go. At the family mediation meeting, where I was the only woman allowed to speak, eight men surrounded me, in addition to my soon-to-be ex-husband. For three hours, they told us how we could fix the “minor” problems in our marriage and stay together. They minimized my experiences and perspectives and defended his behavior.  Finally, with my brothers by my side, figuratively and literally, I spoke up loud and clear. I reiterated my decision and did not permit them to attack it because they don’t walk in my shoes and they don’t carry my burdens.  I have gotten to where I am by on my own merits and drive and I don’t owe anyone anything.  So if they expect me to do as they say, they can expect to never see me again as I have no room in my life to be treated with disrespect and disregard. I had nothing to lose and everything to gain. They did not respond directly and ended the mediation.

Upon reflection a few days later, I realized they were fulfilling their role in the game of Hmong cultural politics.  But when I didn’t play my part of accepting my failure as an obedient and submissive wife and daughter, there was no alternative than to end the game.  Since then, I continue to be delightfully surprised by the support and encouragement from family and friends; maybe because I expected blame and shame or maybe because change is actually happening.

I may never know and will always just suspect why my divorce didn’t outcast me as I thought it would.  Did people know my marriage was doomed and were just waiting for something to happen?  Did people treat me this way because of my academic status or professional standing? Do people not care about me because I am an orphan? Do outsiders keep quiet because my family has accepted my decision? Or has the attitude started to change and a woman’s voice and choice are valued and appreciated?  Whatever the answer or answers may be, I embrace my situation. I won’t take it for granted but as motivation to continue to amplify women’s voice and choices.

I have no parents; I have no husband. I am disconnected from lineage but am connected to my heritage. I continue to look out onto the horizon.  I do not know what’s beyond this next horizon but I know that equity for Hmong women and girls is still out there. 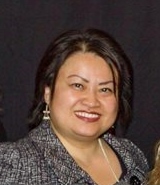 Kabo Yang is an independent consultant and doctoral candidate.  She is the principal consultant of Legend Consulting Services, a firm she founded to provide management and leadership consulting to nonprofit organizations.  Kabo is an active community member and currently serves on four nonprofit Boards and three committees. She received her Bachelor’s Degree in Business Administration from Metropolitan State University, her Master’s Degree in Organizational Leadership from St. Catherine University and is a doctoral candidate in the PhD in Human and Organizational Systems program at Fielding Graduate University. Her community and research interests are women, migration and integration.  Kabo’s dissertation topic will be on the social capital of refugee women.  You can connect and follow Kabo on Twitter and Facebook.