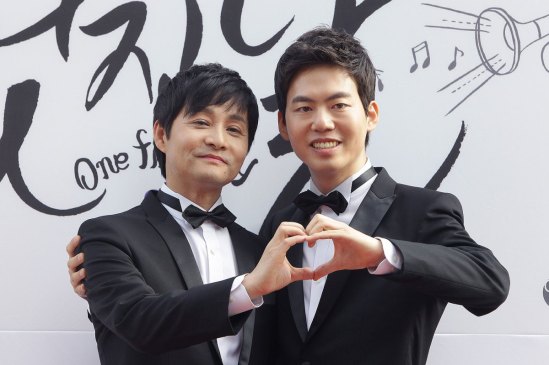 Anonymous is a 26 year old, identifies as a Gay Hmong male and resides in Washington.

I never really understood what homosexuality was when I was growing up, but all I know was that I was always attracted to other boys, and never to girls. As far back as I can remember being attracted to the same gender was when I was 5 years old. I remember when I was about 9 years old, the movie Titanic first came out, I was attracted to one of the man in the movie. It wasn’t Leonardo DiCaprio but to one of the officers who saved Rose from the water at the end. I don’t know how to describe the feelings but I daydreamed a lot about him. I would sketch pictures of him and glue it to my wall. All I know was that I was crazy about him, a British actor.

It has been a year since I came Out. I first came Out to one of my African-American girl friend because I know she was very accepting and supports the LGBT community. One of the reasons why I came out was because I fell in love with this Korean guy. First, I never thought that I could ever fall in love with someone even though I am attracted to men. There was something about him that just sparks up every time I see him around. I get butterflies in my stomach, and he was the light into my darkness. My feelings for him were hard, and when he went back to Korea for the summer, I missed him so much. I would take long walks down the beach thinking about him wishing he could be there with me, walking down by the shore. Everything I do, I always wish that he was there. The sad thing was that he was straight. When I found out that he had a girlfriend, everything came crashing down. I was so heartbroken. and I never had these kind of feelings before. I’ve had crushes in the past but it was never to the point where I wanted to be with them. When he returned back to the states, I never thought that I could receive a hug from someone who I really like. I was happy and sad at the same time, happy by receiving a hug from the man of my dreams, and sad that he will never be a part of me.

I am only Out to my close friends, and coming Out to them was a relief. I love them to death. It was as if the weight I’ve been carrying has been lifted off my back. They love me even more for being ME. I have always hated the feeling of “Pretending to be Straight.” Now I can just be myself. I have gotten much closer to my friends now than, then. I haven’t come Out to my family yet.

I haven’t heard any past history or stories of Hmong LGBT, but I am sure that there are cases back in Laos. It seems like being LGBT isn’t accepted in the past and the individual have to marry the opposite sex just to be “normal”. I think the younger generation has a more modernized mind-set, so they’re more supportive. As for the older generations, I’m not quite sure. Some believed that homosexuality is a Western thing, that once Hmong people came to the US, they started to become gay. No race, ethnicity and country is free from Homosexuality in their culture. It’s everywhere.

Going to my First Pride Parade this year was such an amazing experience. The streets were so colorful, and it is so nice to see all kinds of people who are the same as you. Met lots of nice people. and had the best time in my life. When you are Out, at times, you just don’t care what people think anymore. Now I am happy the way I am. Life is Beautiful.

It was hard for me to accept myself as a gay man, but the Korean guy who I fell in love with was a part of making me realize my self-acceptance of my real human emotions and feelings. He was the first one who I can picture spending my entire life with. Just sad that he will never return the feelings back to me. He was the one who made me want to be with another man. When I was still “hiding in the closet”, I was trying to picture myself with a girl to just try to be “normal.” I always had these questions popping into my mind that if I ever dated/married a woman, “Will I be happy with her? Will she be happy with me? Will I ever be able to touch her?” etc etc.

I don’t want to live a lie anymore, and just be honest with myself.