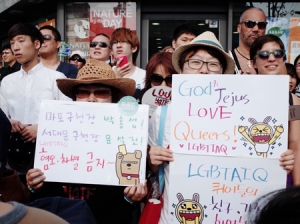 Studying abroad experience in Minnesota, the U.S., starting from 2011, has given me countless opportunities to find myself. It was a random place for me at the beginning. I did not have proper research on the school nor the area. I was too excited to start my ‘American Dream’ in the U.S. and the place did not matter. I loved the nature, the weather, people, and their warm hospitality. Literally, I was enjoying ‘Minnesotan Nice’ welcoming as an international student from Korea.

Since English was my second language, I had to put triple efforts to follow the class while double majoring in International Relations and Gender & Women’s Studies. Each time, I challenged myself to get out of the comfort zone, which means I took classes to learn and grow myself. I was sometimes overwhelmed at the class when everyone could understand the American jokes, but not me. Even the humor based on the American culture was what I had to learn. Luckily, I met one Hmong gay friend at the Gender & Women’s Studies. He has provided me unconditional love, caring, and offering as if I have known him for a long time. He treated me as a person, regardless of my backgrounds, including my Korean nationality. 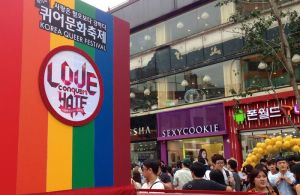 One day I shared my uneasiness of having Korean community on campus with him. I told him that being Korean is an obstacle to figure out my sexuality. I came to the U.S. to be free from the stereotype of being Korean. However, I could not even walk by the LGBT center on campus, concerned of being judged by other Koreans. After my minor complaint, my gay friend replied, “For me, I wish I had my own nationality like you. Even though I was born and raised in the U.S., I got questioned a lot on where I am from. The U.S. is my home country but I guess I am not fully accepted to the community here.” I have never thought about what I have considered as an obstacle could be a desire for someone. After the conversation with him on nationality and navigating my sexual identity, I realized that I have used my nationality as an excuse to stay with the majority.

Recently, starting from January 2015, I moved back to Korea. Honestly, if I had a chance to stay legally, I would have stayed longer in the U.S. However, having an F-1, a degree seeking visa; therefore, it did not give me many options other than studying to get a degree and getting an internship experience related with my major up to 1 year. As the memories with my friends in the U.S. are fading out, I felt uncomfortable to stay in my HOME country. As one Chinese American who I got to know in Korea recently said, I was too Americanized to live in Korea. Christianity is what I cannot erase in my life, even though I want to. I grew up with Sunday schools, Jesus summer and winter camps, and religious family background. I feel frustrated with this, the ultimate answer is always in God’s hand, no matter if it is about friendship, financial problems, etc. When I was young, around 16 years old, I was told from the preaching that being homosexual is not what Christians do. I wanted to have community where I was accepted. Since I knew I cannot avoid my family and people from the church, I decided to bury the questions about sexuality which only left me confused. I pretended to be the type of good daughter and kind girl they won’t outcast. 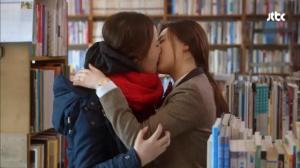 Korea is one of the countries where fashion trends change quickly. It is totally acceptable for girls having short hair and wear gender neutral clothing. However, traditional gender roles and the expectations from the society are harsh to girls, at the same time. My short hair has never given me the embarrassment or confusion on my sexual or gender identity in my life. Regardless of the length of my hair or the way I dress up, I accept and love myself as I am, being a lesbian. One day, I was on the Seoul metro heading to a dinner appointment with a lesbian couple (who I met at the English Conversation group), I was wearing olive colored pair of jeans, a light brown round neck sweatshirts, a black coat, and a navy beanie, with a little makeup on my face. After a while, I noticed a heterosexual couple whispering some words while glancing at me. Eventually it turned out that I looked like a gay guy who was too girly for them. As a woman, I don’t want to conform to the ideas of how I should look to prove to society that I am a woman, their ideas of a woman, which is to fit into a traditional dress code of wearing skirts, high heels, and putting a heavy makeup. Instead of spending their time hating and enforcing ignorance, they should focus on loving one another and accepting people’s differences. However, I cannot deny that I was hurt and felt insecure just like when I was young and attending church.

It is true that homosexuality does not match with a traditional marriage and a lifestyle in Korea. Especially when you live in a country in the condition of armistice, maintaining the military force matters and the birth rates. Naturally, homosexuality has become a target to conservative groups, who justify their actions of threatening and discrimination against sexual minorities.

There are still many steps and revolutions needed in Korea to work together to conquer hate with love and acceptance. As the first step of showing the visibility of sexual minorities in Korea to others, I started to volunteer at the Korea Queer Culture Festival (KQCF) as a translator and an interpreter. Even though I am not able to be Out to the community where I presently live, I will not let that stop me from forming a community where people build up solidarity in working towards love and acceptance. 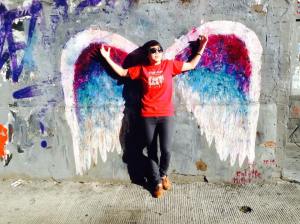 I was born in Germany and spent most of my life in Korea. Even though I grew up in Korea surrounded by people with the same ethnicity, being born in a different country rather than Korea has helped me to have interests in communication, nationality, and the meaning of life as the second generation. I moved to Minnesota in 2011 seeking my undergraduate degree in Management. After I realized my desire to study in the fields of social and behavioral sciences, while navigating my own sexual identity, I chose to double major in International Relations and Gender & Women’s Studies. Observing the immigration law between the U.S. and Korea, I did not have a choice but to terminate my visa as being an international student and move back to my country.